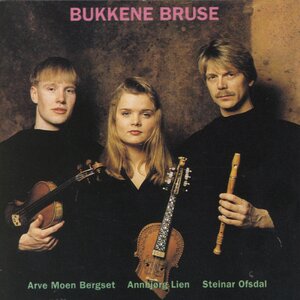 In 1992, Bukkene Bruse were appointed the official musicians for the 1994 Winter Olympic Games in Lillehammer.

The following year they released their debut album, “Bukkene Bruse”, which was received with critical acclaim. They were acknowledged as uniquely innovative and experimental performers of Norwegian folk music.

The group´s experimentation with traditional performing styles and their unusual combination of instruments brought something new into the Norwegian interpretation of folk material.

It also includes traditional tunes from outside of Norway, such as the Gaelic folk tune “Tabhair dom do lahm”.