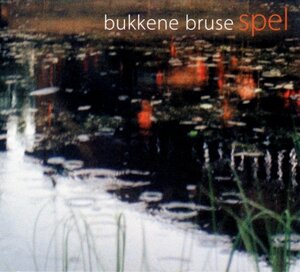 Folk music quartet Bukkene Bruse are now releasing “Spel” – a live recording presenting the best of the group’s career.
The Vertavo String Quartet contribute with their distinctive style on four of the cuts!

The group Bukkene Bruse was formed in 1989, when Annbjørg Lien, Arve Moen Bergset and Steinar Ofsdal performed together at the opening of BI, the Norwegian School of Management, in Sandvika. They were originally meant to perform individually, but the arranger encouraged them to do something together. They found the result inspiring, and have been performing together with great pleasure since then. The group became the official Olympic musicians for the 1994 Winter Games in Lillehammer. Bjørn Ole Rasch became a member of the group in 1995.

Bukkene Bruse have released four CDs: “Bukkene Bruse”, “Åre”, “Steinstolen” and “Den fagraste rosa”, and all of them have been nominated for a Spellemannspris (the Norwegian Grammy).

Some of the tracks were recorded at the Viking Ship Museum on the Bygdøy peninsula.

Bukkene Bruse were the first to use this locale as a concert venue.