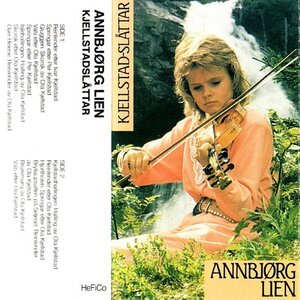 She collected fiddle tunes handed down from the Kjellstad family of fiddlers in Sunnmøre.

Per Kjellstad (Kjellstad-Per) was born in 1823 at Kjellstad in Sunnylven. He composed a number of tunes, mainly springars. He moved to Solheim in Horningdal at an early age, and as was the custom, took the name of that farm as his surname. Kjellstad-Per died in 1893.

Ivar Kjellstad (1868-1920) was the artist of the Kjellstad clan. At the age of 10 he was given his first fiddle, made by his brother, Ola. In 1907 he received a travel grant, which he used to travel around Telemark. He learned a great deal from the fiddlers there. Afterwards Ivar began to hold concerts all over Norway, and quickly gained a reputation as one of the foremost virtuosos among folk musicians.

Ola Kjellstad (1854-1944) was primarily a fiddler for dances and a composer of fiddle tunes. He worked hard on his farm all his adult life, and how he could manage to play so well with his calloused workman’s hands is a mystery. He left behind a long list of tunes, the most well-known of which is “Kjellstadhallingen”.