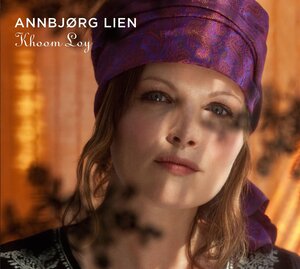 Annbjørg’s new solo album, “Khoom Loy”, is a world music production. She hasn’t done anything like this since “Prisme” and “Baba Yaga!”

This is a tribute to a lovely ritual they have in Asia: releasing lanterns in remembrance of the dead, or as a prayer for a good life. “Khoom Loy” is the Thai name for these lanterns, which are made of rice paper and bamboo.
Launching Khoom Loy is also said to symbolise wisdom, as the lights of these lanterns guide people along the right path.
Thai lanterns have different colours, each representing a wish: red for celebrations, green for growth, purple for opportunity, pink for love, and white for health.
They serve as bridges connecting us to the past and the future, the east and the west, tradition and innovation.

Annbjørg is joined here by six musicians from Nepal as well as her eminent band. A broad spectrum of colours and good wishes characterises this production, which focuses on building bridges between the cultures of East and West.
Nordic, Irish and Eastern folk music encounter jazz, rock and other contemporary sounds. The music alternates between the intense and the heartfelt, between local ambience and magnificent vistas, between instrumental music and songs.

The record was produced by Bjørn Ole Rasch and recorded at Kongshavn Studio in Kristiansand, Norway.

“There are spirited moments, contemplative melodies, and jazzy sounds that truly encapsulate the essence of world music today.
This is one of the best albums from Annbjorg’s repertoire.”
– Matthew Forss, Myworldmusicfriends