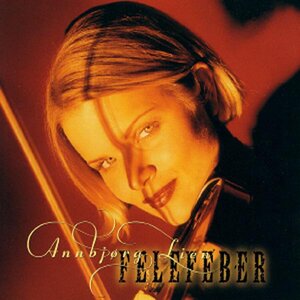 Our folk music is a unique cultural treasure that I love more and more as time goes on. It was created by strong traditions, and has been sustained out of true devotion.
– Annbjørg

“Felefeber” is Annbjørg Lien’s second solo album and her first release that includes self-composed material.
Blending traditional material with newly written tunes, Lien’s folk music shows how the old and the new can be combined to create something utterly original.

The album was recorded at Gjerpen church in Skien. The church space provided a unique and beautiful acoustic setting for the recording.

The repertoire of “Felefeber” ranges from traditional interpretations and performances such as the opening track, “Tjønneblomen”, to more playful and experimental approaches, such as in “Knepphallingen”, where the Hardanger fiddle is used as a percussion instrument.

The result is charming and airy, melodic and captivating. Lien herself has produced the album in collaboration with guitarist Roger Tallroth, known from the Swedish folk music group Väsen. He also contributes as an arranger, and has added a number of contemporary elements to the traditional material.

“Felefeber was a splendid breakout album, and a perfectly balanced and expertly played work..”
– Allmusic