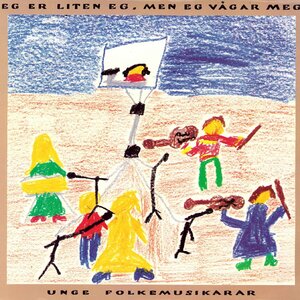 The first recording Annbjørg Lien participated in, at the age of 13.

“Norwegian folk music is flourishing. Flourishing! Not in the form of historical music that is being preserved, but in the form of artistic expression right now among both young and old.
One of the signs of this blossoming is this record, which will certainly be taken note of. Here we are offered meditative ballads, vibrant ‘stev’ and fiddle tunes, and ensemble playing featuring the fiddle, Hardanger fiddle and zither.

All of this is being performed by five children aged 13 to 14, from various parts of the country, and with a musical verve and excellence that one would believe was the sole provenance of adults if one didn’t know any better. It is very obvious that they have made folk music their own music, in both their compositions and their distinctive personal styles.”