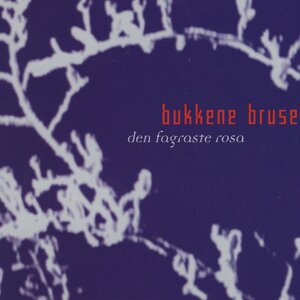 The music here evokes a sense of calm thoughtfulness, and offers a pleasant journey through Norwegian folk music featuring elements from many parts of the country.
The material originated in the Christmas concerts presented by the group for several years, and the result is a different kind of Christmas album that combines folk music traditions with sacred overtones.
The album was nominated for a Spellemannpris (Norwegian Grammy Award), and was critically acclaimed throughout the country.

The repertoire consists of traditional Norwegian music and more recent compositions by the members of the group. The more familiar songs are presented with a wide range of melodic variations and arrangements, showing how folk music is open to different contexts and interpretations.

“Den fagraste rosa” was released in the USA as “The Loveliest Rose” (North Side, 2002).

“If you come to this expecting the usual holiday fare, you’re going to be very pleasantly disoriented and surprised. Proof that not all Christmas albums are schlock.”
– Chris Nickson – Allmusic